This term Years 5 and 6 took part in some very exciting World War Two workshops. The sessions were delivered by SPLATT theatre company who took the children back in time to war time Britain. Children came to school dressed as evacuees and took part in a ration cooking demonstration where they made carrot biscuits, and a sewing and embroidery demonstration where they learnt how to do a basic running stitch.  At the end the children watched a short performance about an evacuee who was sent to Wales during World War Two. 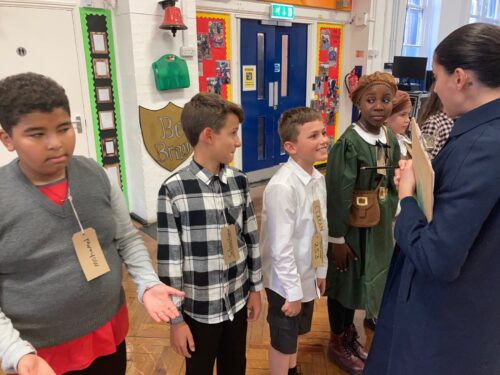 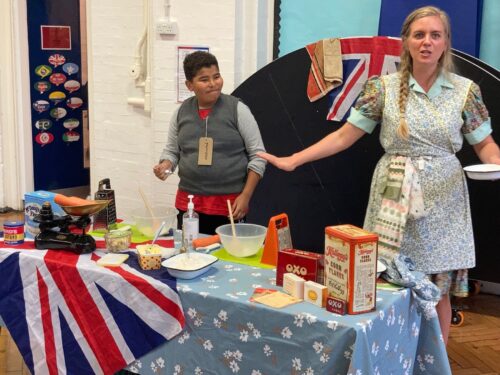 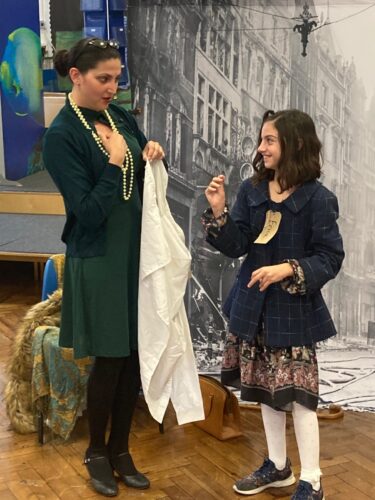 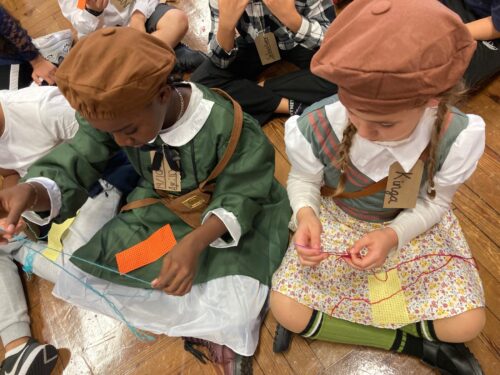 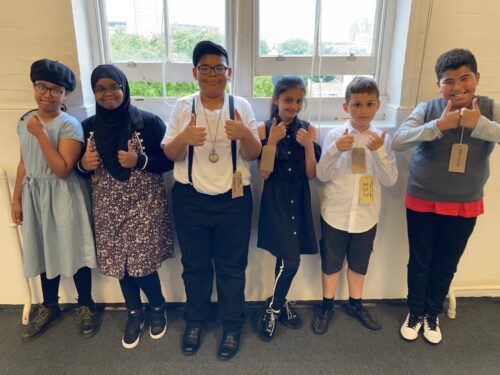 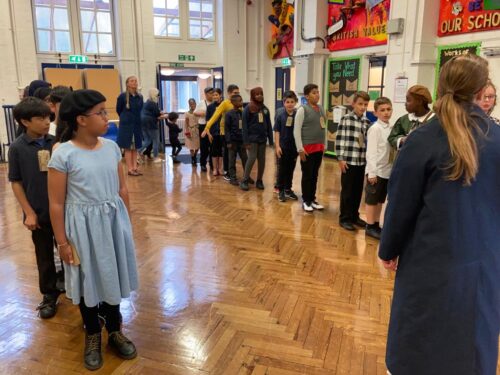 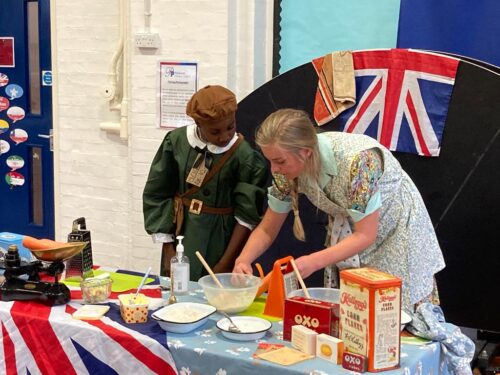 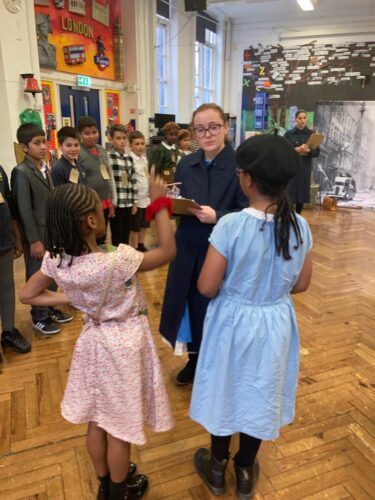 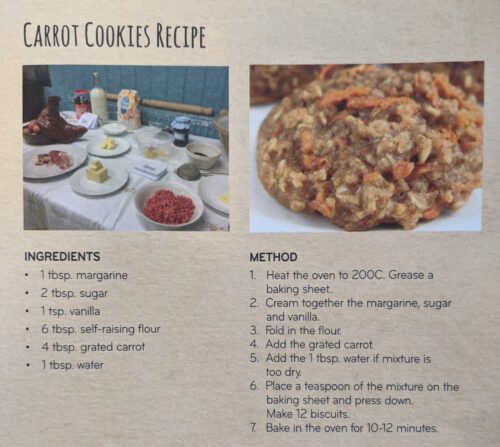 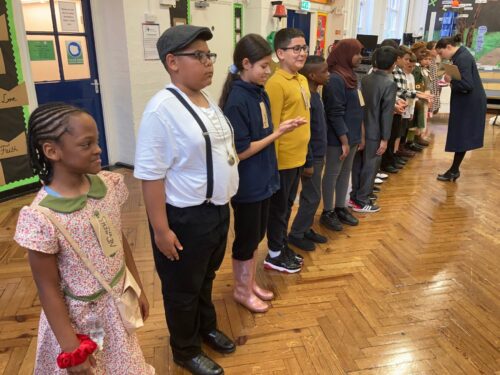