As part of Black History Month, we have read the story An Apple for Harriet Tubman. This is a true story based on the life of a young girl who was enslaved in 1820s USA who, with great courage, escaped her slavers and helped created The Underground Railroad (a group of black and white men and women who took great risks to help people escape from slavery). In groups, we wrote down as many adjectives as we could think of to describe her and then used an thesaurus’s to improve them. Each class then made huge posters using the adjectives and drawings to describe Mrs. Tubman. 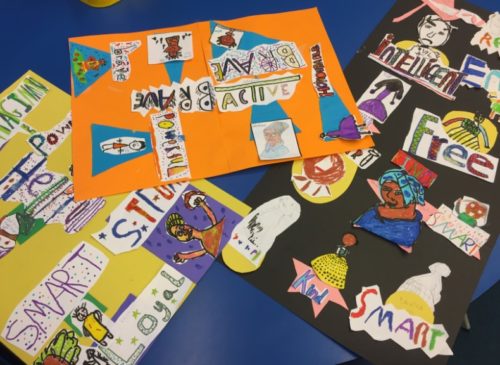 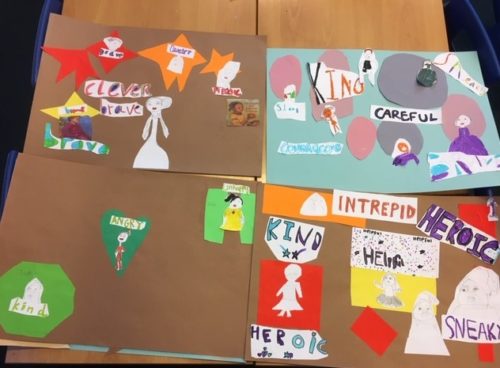