Science in Years 3 and 4 – Food Chains 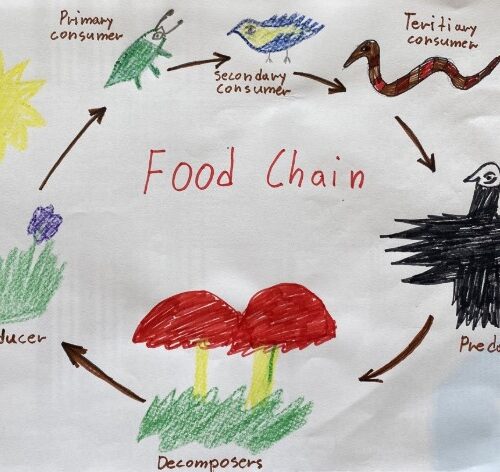 All animals need to eat food to survive and Years 3 and 4 were really interested to learn about food chains.  Animals can be described as herbivores, carnivores or omnivores. So the first thing was to find out what these terms mean. Then they moved on to discovering what food chains are. They discovered that all food chains start with a producer which is always a green plant that converts the sun’s energy into food.     Animals then eat the producer and are called consumers. Sometimes animals eat other animals. These are called predators. The children used all they had learned to draw and label their own food chains.