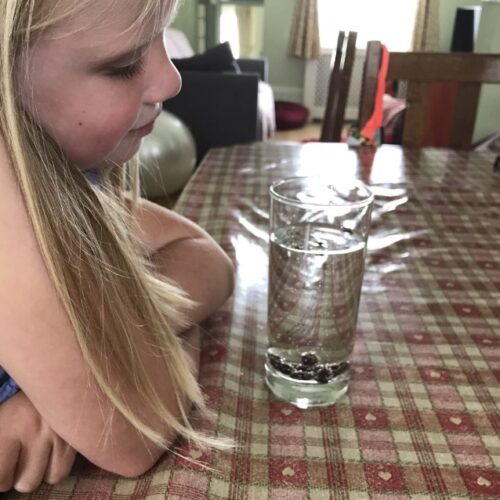 The children in Reception were very excited to carry out an experiment to make raisins dance! They dropped some raisins into a glass filled with soda, then watched and waited.  What they learned was that at first the raisins sank because they are denser than the soda, but then the soda released carbon dioxide bubbles, which attached to the surface of the raisins. These bubbles acted as tiny flotation devices and lifted the raisins up to the surface of the water. When the bubbles reached the surface they popped and the carbon dioxide gas was released into the air, making the raisins lose buoyancy and fall back down to the bottom of the glass, where the process began all over again.